The second serie of "WEC Talks" organized by the World Energy Council Turkish National Committee (WEC-TNC), in which energy issues are discussed, was held in cooperation with Shell Turkey.

Nebahat Albayrak, Vice President of Shell Global Gas and New Energies External Relations, was the guest of "WEC Talks", which was carried out in collaboration with the World Energy Council and the Turkish National Committee (WEC-TNC) and Shell Turkey. On May 8, 2018, in the WEC discussions held in Ankara, Albayrak shared important findings of the Shell LNG Outlook 2018 report and Shell New Energy presentation with the participants.

Nebahat Albayrak, who points out that a large majority of world energy resources are still hydrocarbon-based, stressed that energy claims will continue to increase, according to Shell's predictions, and that hydrocarbons will maintain their share as an important source of energy distribution. Stating that the rapid increase in global energy demand will double by 2070, Albayrak stated that the transition period of electricity obtained from low carbon and renewable energy sources will lead to an increase in global gas demand.

According to the projections, Albayrak said that the demand for natural gas will continue to increase and added: "Shell's production activities today, 50/50 percent oil, natural gas distribution will change from 2050 in favor of natural gas, and up to 70 percent will focus on this area."

Albayrak stated that between 2018 and 2035, global energy demand is forecast to increase by 1 percent and global natural gas demand by 2 percent, and accordingly, in LNG, which is a liquefied natural gas, the demand is doubled at an annual rate of 4-5 percent he said. Albayrak announced that, as a clean energy source, the gas is expected to account for about 50 percent of the rising energy demand over the next two decades. Albayrak "The increase in demand for LNG is expected to come from regions with less pipeline trade such as Asia and the Middle East. Over the next two decades, one third of the total gas demand is expected to be met by LNG. " he said.

In his speech, Nebahat Albayrak also gave information about the countries' trade in LNG: The number of LNG importing countries quadrupled between 2000 and 2017. During the same period, LNG sales reached 300 million tons from 100 million tons.”

It is experiencing an increase in LNG production projects.

According to the information provided by Albayrak, LNG production projects worldwide are also experiencing an increase in response to demand growth. By the end of 2017, the LNG market grew by 29 million tons with the completion of the planned capacity growth of 45 percent. As a result of the projections made, if the planned investments for capacity increase are not realized, supply problems in LNG will be experienced by 2020.

Shell will deliver more clean energy to the world.

"We increased our $ 1 billion annual investment to $ 2 billion this year for developing our New Energy business line, which includes renewable energy and energy conversion activities," Albayrak said, adding that Shell will offer more clean energy to the world by focusing on new energy and natural gas activities. We are creating an opportunity for the future with our new energy investments ", he gave information about the breakthroughs in the field of new energies.

"As part of the Paris Treaty, we aim to reduce carbon emissions from our products in 2050 by 50 percent, and it is important to be in a collaboration with all stakeholders in this direction. However, for a low-carbon future, only new energies are not sufficient, but also for the integration of intermittent renewable energy sources and for sectors such as aerospace, heavy industry and chemistry that can not be met by electricity."-Albayrak said.

Stating that Shell invested in fuel-side biofuels, hydrogen, natural gas for transportation, and integrated energy solutions for a low-carbon energy future, Albayrak said that, they focused on areas such as wind, solar, energy storage and the provision of this capability for people who still have no access to electricity reported.

Nebahat Albayrak summarized Shell's investments in new fuels as follows:“We are actively seeking ways to best serve electric vehicle users who are on the rise. In 2017, Shell has begun offering fast charging for electric vehicles in selected pump sites in the UK and the Netherlands. Called Shell Recharge, this service will save drivers time. We also signed a contract with IONITY, a high-power charging network operator, in 2017 to provide even faster charging points in 10 European countries. In addition, in 2017, we also acquired NewMotion, Europe's largest electric vehicle charger for homes and businesses."

The Turkish National Committee of the World Energy Council is continuing to bring together energy directors.

Talking about the activities of the National Committee at the opening of "WEC Talks" where everything about energy is discussed, WEC-TNC Chairman Alparslan Bayraktar, "Our working groups, which we have created through the participation of the public, private sector, universities and STKs, continue to produce sector-oriented reports. From environment to cyber security; from energy efficiency to oil and natural gas, we are doing a lot of work in the field and we share these works with our members and public, "-he said. Bayraktar also said that, the preparations for 13th Turkey's Energy Congress, which will be held in 2019, continue.

Shell Turkey President Ahmet Erdem, said that, energy markets have gone through a process of change and transformation, it would be advantageous to act jointly, and underlined that the WEC Talks are an important platform for this. Erdem stated that they are also operating with Shell's "New Energy" business, which operates in over 70 countries with a production capacity of 3.7 million barrels of oil and gas per day. Erdem said they see important in terms of The National Energy and Mining Policy strategy, Turkey's dependence on imports, energy security and lowering energy costs, and stressed the role of natural gas in this strategy. Erdem emphasized that very fast and successful steps have been taken to increase the LNG capacity and stated that these steps will bring great benefit to my country in terms of energy supply security and cost.

Fatih Donmez, Undersecretary of the Ministry of Energy and Natural Resources: " LNG is an extremely important tool in terms of resource diversity."

Fatih Donmez pointed out that LNG is one of the best reflecting commodities in the developing technology in the energy, sharing information about the markets in our country. Noting that the meeting of the natural gas demand for the security of supply, which stands out within the scope of the National Energy and Mine Policy put forward by the Minister of Energy and Natural Resources Berat Albayrak, stated that new floating storage and gasification units (FSRU) to be included in the system has increased our input capacity and all demands are met last year. Fatih Donmez added that in the coming year, LNG, which is about 20% of total gas supply, is going to increase its capacity by increasing the number of terminals and stated that studies on the use of LNG in marine and railway transportation, which is regarded as an important tool in terms of resource diversity, have been carried out so that an environmentalist and economic transformation will be followed. 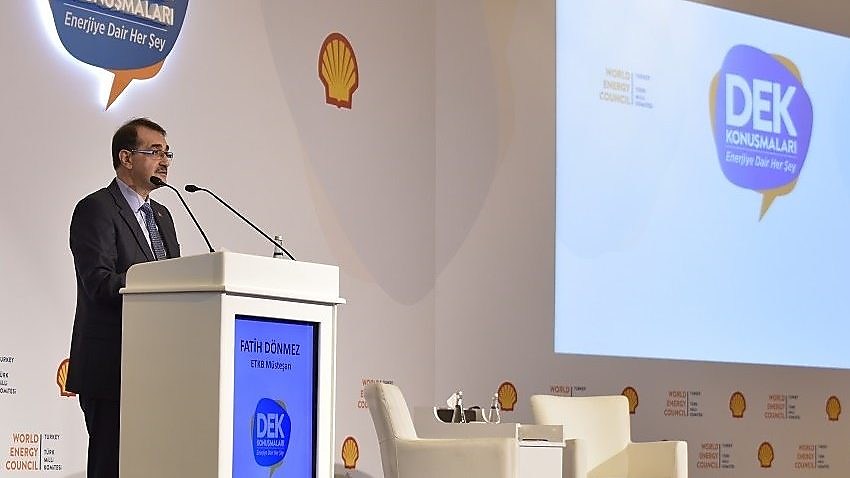 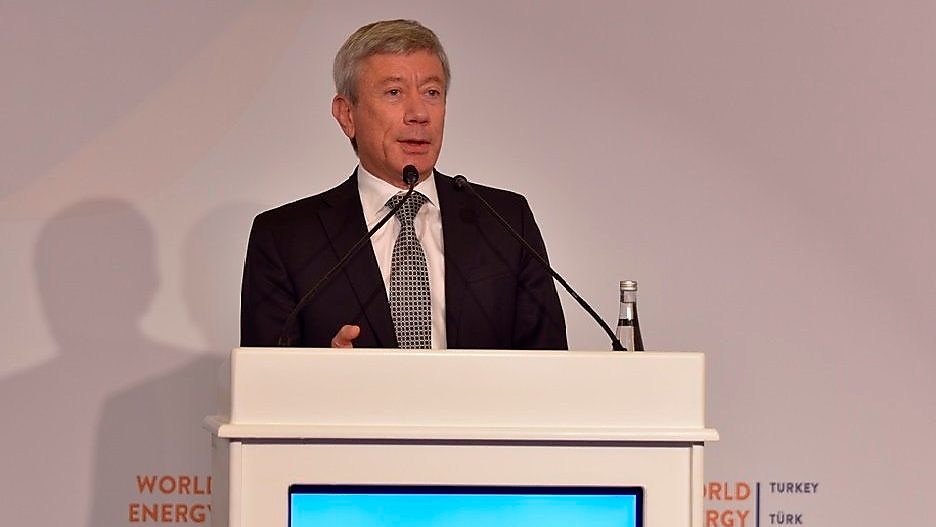 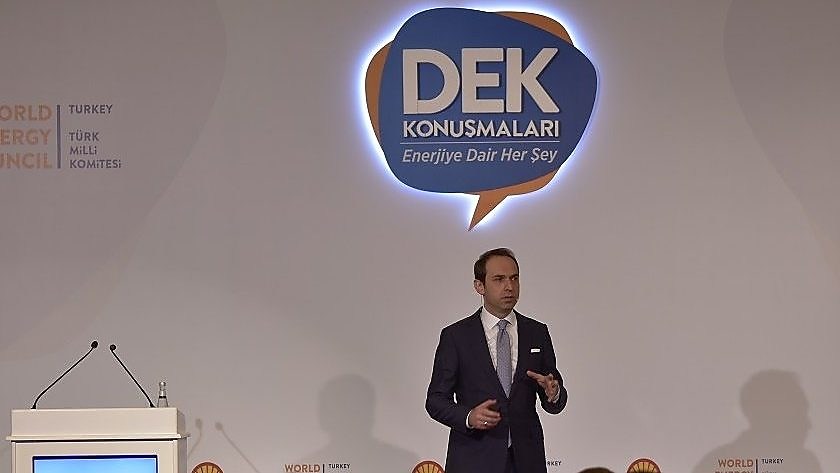